At the moment there are many people involved with the #28daysofwriting and I’m full of admiration for them! I’m struggling to keep up with one blog post per week. To be fair in my defence in the last week I have just setup a full music block and recording studio after the completion of our music dept building programme. I’ll do a full blog about that soon as I’m sure other teachers will find it fascinating how we’ve created what I think is one of the finest recording studios of any school in New Zealand (and even the world!).

So for my blog this week I thought I’d just send you to an excellent blog written by the director of IT at St. Andrew’s College, Sam McNeill. In this blog Sam interviewed me and we discussed all the different processes and pieces of technology that we used in the creation and production of a musical written by a year 13 student of mine, Isaac Shatford. 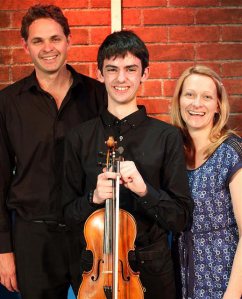 UPDATE: This story profiled on TVNZ’s Seven Sharp on Friday 24th October and can be seen here.

The buzz around St Andrew’s College lately has all been focused on the annual Middle School Production, largely for the fact it has been mostly written by Year 13 student Isaac Shatford, with contributions from a number of other senior students in the area of lyrics and plot. I knew something like this would always involve significant use of technology as the Musical Director was Head of Music Mr Duncan Ferguson, and was actually the first person I interviewed for a story for this blog.

Consequently, I sat down for an hour with him to learn what was involved and was impressed to learn that the following tools were just some that were used during the composition and performance of Suspect: